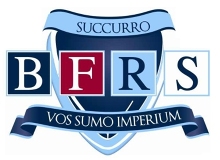 BFRS is a Social Enterprise that was created to work in support of the Armed Forces Community (AFC). We support them by working with companies across the UK that are looking to hire, re-train, and offer career advice to the them.

We successful host National Careers Fairs across the country and our aim is to continuously introduce the AFC to companies and try to ensure they are fully aware of the benefits of employing from this community. For more information please click or call 02476 939931 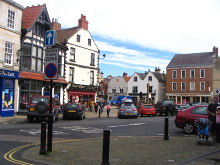 Dating around Harrogate!
We have one of the UK's largest dating websites - focused on Harrogate!  There are mature, all age, Asian and Christian singles just waiting to hear from you. Browse and upload your profile FREE !
Click to create an instant advert on this page and appear on -
Focused, cost-effective advertising taken to a new level from £37.50 per year! 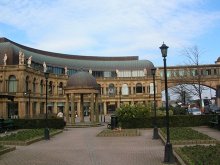 Want to advertise on this website? Create your advert now.

Since 2005 have achieved over 1.5 billon of visits - averaging around 3 million impressions per month

We have a national network of 31,000 Community (city/town/village) websites such as www.tavistock.2day.uk 162 Armed Forces garrison sites such as www.forcesblandford.2day.uk , 35,000 Schools and Colleges and 12,500 Online Concierge Information Websites for Hotels www.kingsmanorhoteledinburgh.2day.uk .

Advertising is now our main business. To book you simply decide where you would like to advertise and how much coverage you require – one specific site, sites around HG3 2SE, or the whole of North Yorkshire or indeed nationwide.

We have to upgrade both the 2day servers due to very heavy daily traffic from all over the UK.

2day's flood beating backups. We now backup our system onto a server in the USA.

2day hits go over 100,000 in one day and our server is upgraded to take the new level of traffic

Three new templates are launched. One community one and two conventional website ones.

Our hits go up to over one per second!

Richard Searight - the new Fox-Talbot!
Unique window on the internet - The Microportal

A tiny village in Wiltshire, which is credited with being the birthplace of photography, is repeating history by introducing a new way of looking at the world wide web - The Microportal, or personal website!

More than 170 years ago William Henry Fox Talbot took the first photograph of a lattice window in his home at Lacock Abbey - now 2Day Microportals, headed up by Lacock-based Richard Searight, is offering communities another window, that to the World Wide Web.

The uniqueness of the system is that once users have introduced their postcode, everything they need is within three clicks of the mouse. Every day over 30,000 people use the 2Day Microportal to look something up.

The first 2Day microportal was www.lacock.2day.ws, which is now one of the most used community sites in the whole of the UK, with over 100,000 hits a year from a population of just 1,300 people.

Users can not only find contact details for everyday needs, such as the cinema, eating out, weather and local schools, but also use the site for instant access to things such as a route planner, directory inquiries and news headlines. There are also live links to train, road and airport information - all available within three clicks. People can even take their local site on holiday because it refocuses on any location in the UK.

Richard Searight says his aim is to provide every community in the UK with a personalised one-stop shop. Communities are empowered by being able to run the embedded local sections themselves and even post advertising to pay for the site!

Particularly interesting is the fact that churches have adopted the system as a means of getting themselves back into the centre of communities. 'So far we have over 200 church sites, including one in the Shetland Isles, which is receiving over 250 hits per day', says Richard.

'The vision is to create sites so complete that everyone has to make them their homepage. Once a whole community does that it starts to communicate and gel together as a social unit. The church understands this,' he said. Up until the advent of Microportals, achieving a totally comprehensive community website was completely impossible for the average local webmaster.

Over 100 new Microportals created in one week!

We welcome our 6 millionth visitor! Every 5 seconds someone uses 2day.

2day goes onto a new high speed server which enhances performance across the system and halves new site creation times. Many apologies for the down time on Saturday 22nd October. Enjoy the new speed!